The inventor from Autodesk has been its flagship product that helps users to create product design, engineering, and manufacturing. It was released by Autodesk in 1999 as a direct competition of Solidworks and became famous in a very short span of time. However, despite being one of the best engineering solutions, there are some pros and cons of Autodesk Inventor that not every savvy user is aware of. Although, we will be discussing the same along with a quick comparison with one of its tough competitors.

What Is Autodesk Inventor Used For?

Being a dimension-driven CAD product, Inventor has bridged the gap between design, engineering, and manufacturing with its specialized mechanical toolset. Engineers and designers get a professional level of engineering solution for 3D mechanical design, simulation, visualization as well as tooling creation. And all these things can be done even before they actually built the product.

What are the Pros and Cons of Autodesk Inventor?

The Autodesk Inventor is one of the top choices of most engineers but it doesn’t mean you go and blindly choose Inventor for yourself. Before making any decision, you should be aware of the advantages and disadvantages of Autodesk Inventor.  It will help you to see whether Inventor is the right choice for your requirements or not.

What Are The Advantages Of Autodesk Inventor?

Although Inventor is often overshadowed by AutoCAD one of its counterparts, also developed by Autodesk. However, Autodesk’s Inventor has been filling a lot of gaps for engineers & designers and which has become the advantage of Autodesk inventors. Some of the major benefits of Inventor are below mentioned. These are some of the tasks that can Autodesk Invertor do.

Autodesk offers simple yet solid drawing with Inventor. It enables us to draw a sketch from the beginning and before finalizing it you can tweak the dimension as per your preference. Another excellent and unique feature you get with Inventor is its ability to distinguish features from within a part and store them individually in the part.

As an alternative to parametric designs, you get direct-edit & free-form modeling tools with Inventor that offers design’s prediction-based process.

Autodesk’s Inventor loads the graphic parts of designs separately which makes it quite faster than some of its tough competitors. The quick loading enables you to complete your project in less time.

Autodesk Inventor’s dynamic simulation module allows you to apply a specific sort of pressure to crucial areas, such as torque to joints. Another excellent tool is its burst weld tool which lets you undo a weld to simulate to see what would happen in an emergency situation.

Autodesk benefits students by offering a three-year free subscription to its various products including Inventor. The main aim of providing a free subscription to students is to educate them and get familiar with the product before choosing the product in their professional life. It also saves them thousands of dollars during their studies and that is one of the major advantages of Autodesk Inventor.

What Are The Disadvantages Of Autodesk Inventor?

Despite being one of the top and most advanced engineering solutions available in the market, there are some disadvantages of Inventor that one must consider before purchasing this software. However, we couldn’t find many but some of the major cons of Inventor are below mentioned.

Usually, Autodesk is known to produce products that are not so user-friendly and Autodesk’s Inventor is no exception. The learning curve of Autodesk Inventor is also quite hard and most users may find it hard to operate in their initial days of Autodesk Inventor. However, Inventor offers tutorial videos and support documents on their official page.

Solidworks is a star program released by Dassault Systèmes in 1995. It was actually the first-ever fully-capable 3D modeling software for Windows but later it expanded itself as a full CAD and CAE system. Similar to Autodesk Inventor, Solidworks is also used by users in engineering and designing works in particular need for prototype and stress testing.

Below is a quick comparison of both 3D modeling and designing software that will make you more confident while choosing software for yourself. It will help you to know which one of these fulfills your requirements.

Have a look at the comparison.

Autodesk Inventor has a massive user base around the world. Also, with more than two decades of development, it has become one of the favorite 3D modeling software. Furthermore, in response to customers’ feedback, it keeps introducing new updates to fulfill their requirements. However, you can find many free as well as paid alternatives to Inventor but in our opinion, it is worth spending money on Autodesk Inventor. 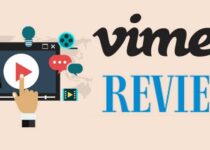 Here on FortWorthClearInternet.Com we are sharing the information and updates regarding Web, Technology, SEO, Marketing, Google and much more to reach out maximum people.

Here on fortworthclearinternet.com we provide all the latest information related to various software & try to provide best possible knowledge to our audience. Also, we share monetary links that help use to generate some revenue.